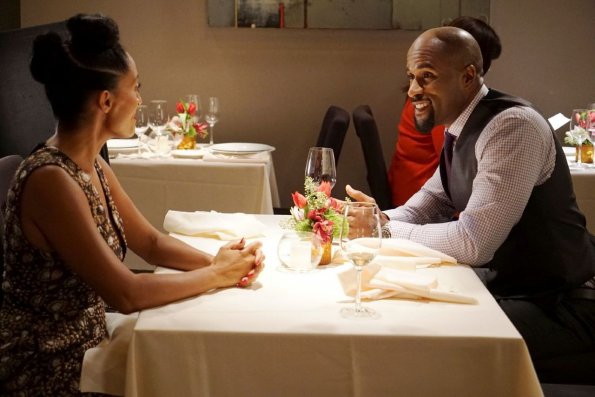 BLACK-ISH - "Old Digger" - Dre has never had a problem with Pops dating, but when it comes to Ruby, he won't let anyone come between them. When Ruby invites Dre and Bow to meet the new man in her life, Dre immediately goes on the defensive and finds any reason to dislike him. Once Pops learns that Ruby's suitor is the real deal, he comes up with a plan to distract her. Meanwhile, Junior meets a girl on a dating site, and Zoey, Jack and Diane convince him he's being scammed, so they devise a plan to meet "the girl" in person, on "black-ish," WEDNESDAY, JANUARY 13 (9:31-10:00 p.m. EST) on the ABC Television Network. (ABC/Eric McCandless) TRACEE ELLIS ROSS, LAMONICA GARRETT