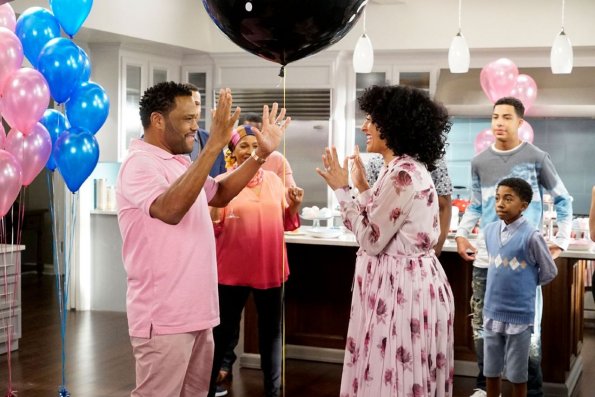 BLACK-ISH - "The Name Game" - Dre and Bow have a gender reveal party, and Dre is thrilled because it's his turn to name the baby. He decides on a culturally significant name that Bow and Ruby aren't a fan of. Meanwhile, Zoey's plan to have an anti-Valentine's Day with her friend Shelly is thwarted when Junior asks Shelly out on a date, so Diane tries to fill in as Zoey's BFF, on "black-ish," WEDNESDAY, FEBRUARY 8 (9:31-10:00 p.m. EST), on the ABC Television Network. (ABC/Kelsey McNeal) ANTHONY ANDERSON, JENIFER LEWIS, TRACEE ELLIS ROSS, MARCUS SCRIBNER, MILES BROWN