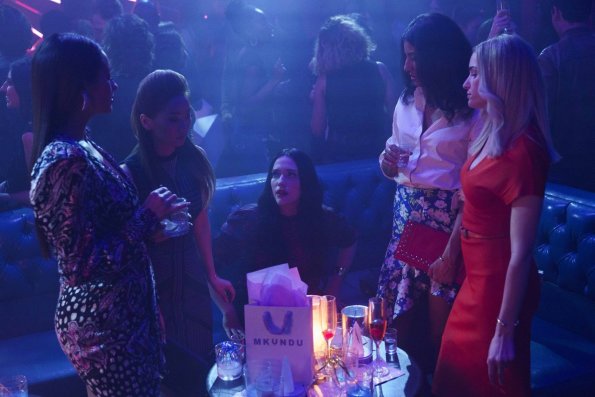 Dollface -- "Guys' Girl" - Episode 101 -- Jules Wiley has been totally absorbed by her relationship for the last five years. When her boyfriend dumps her unexpectedly, Jules has to come to terms with the fact that sheÕs let her female friendships fall apart, and plan a girls night out in an attempt to win them back. Stella (Shay Mitchell), Madison (Brenda Song), Jules (Kat Dennings), Alison S. (Vella Lovell), and Alison B. (Brianne Howey), shown. (Photo by: Aaron Epstein/Hulu)