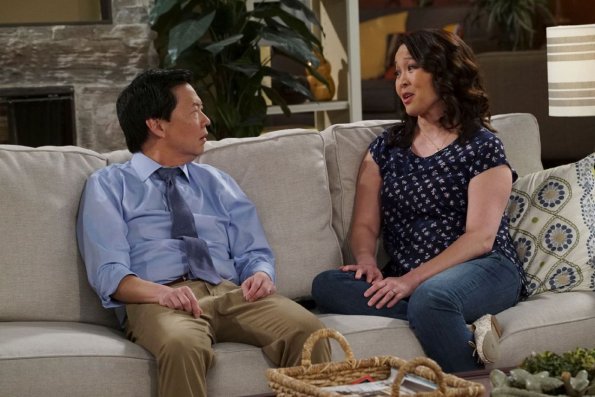 DR. KEN - "D.K. and the Dishwasher" - After Ken's dad arrives for an impromptu stay, he starts taking on chores that Ken hasn't gotten around to doing -- like buying and installing a much needed new dishwasher, but then Ken purposefully breaks it. Meanwhile, Damona and Pat hook-up after a drunken night together. But instead of clinging to Damona the next day, Pat makes an announcement that takes Damona by complete surprise, on "Dr. Ken," FRIDAY, JANUARY 29 (8:30--9:00 p.m. EST) on the ABC Television Network. (ABC/Ron Tom) KEN JEONG, SUZY NAKAMURA