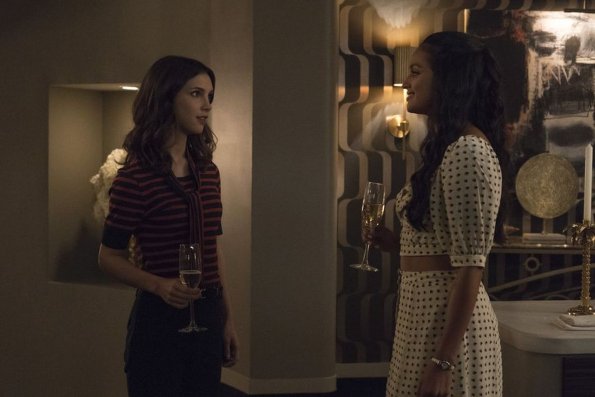 GRAND HOTEL - "Smokeshow" - Gigi attempts to step in to save the hotel after El Rey's performance gets out of control. Meanwhile, Danny's cover is blown by one of the hotel staffers; and Ingrid's deception forces Javi to step up and take responsibility for his actions, on an all-new episode of "Grand Hotel," airing MONDAY, JUNE 24 (10:01-11:00 p.m. EDT), on The ABC Television Network. (ABC/Byron Cohen) DENYSE TONTZ, FELIZ RAMIREZ