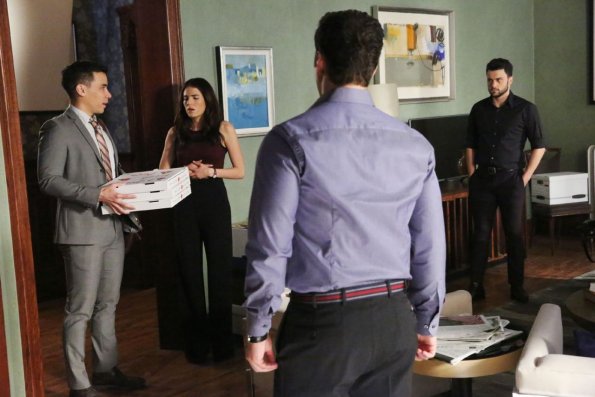 HOW TO GET AWAY WITH MURDER - "There's My Baby" - The Keating 5 are called into questioning by A.D.A Denver about the night Emily Sinclair was murdered. Meanwhile, Caleb goes missing as the manhunt for Philip intensifies. In flashback, Annalise's tactics in the Mahoney case leads to a devastating result, on "How to Get Away with Murder," THURSDAY, MARCH 10 (10:00-11:00 p.m. EST) on the ABC Television Network. (ABC/Mitch Haaseth) CONRAD RICAMORA, KARLA SOUZA, JACK FALAHEE