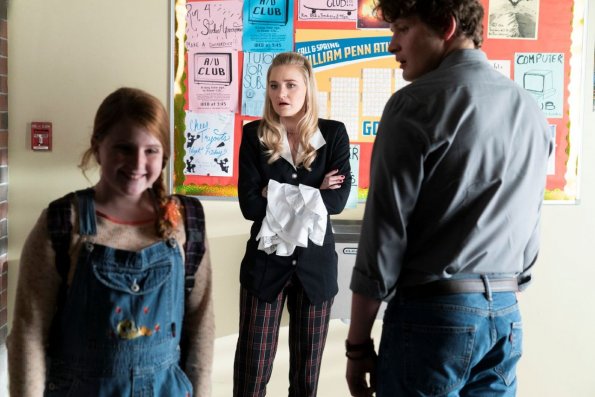 SCHOOLED - "Kris Kross" - After two students show up to school dressed in backward clothes, a la Kris Kross, Lainey tries to get kids to conform to social norms to protect them from ridicule while CB encourages them to embrace their uniqueness. Meanwhile, Principal Glascott struggles to say no to his teachers and disappointing his friends, so he enlists the help of Mellor to lay down the law, on "Schooled," airing WEDNESDAY, FEB. 27 (8:30-9:00 p.m. EST), on The ABC Television Network. (ABC/Eric McCandless) REECE CADDELL, AJ MICHALKA, BRETT DIER