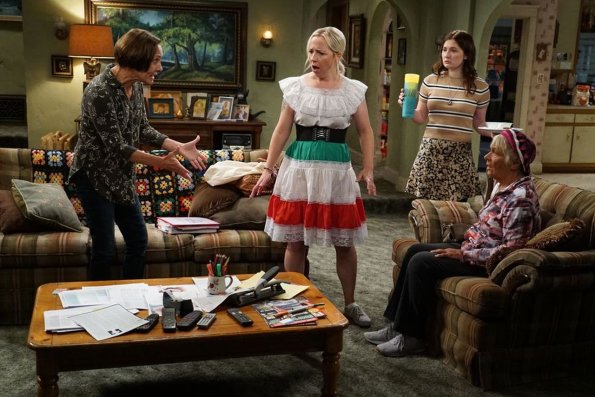 THE CONNERS - "Preemies, Weed and Infidelity" - In the wake of Emilio's deportation, Jackie steps into the role of a paternal figure and creates a meticulous birth plan for Becky; but as the Conners know, nothing ever goes according to plan. Meanwhile, Darlene is tangled in a complex love triangle with David and Ben, and - like her mother - Harris is caught up in a problem of her own on the season premiere of "The Conners," TUESDAY, SEPT. 24 (8:00-8:30 p.m. EDT), on ABC. (ABC/Eric McCandless) LAURIE METCALF, LECY GORANSON, EMMA KENNEY, ESTELLE PARSONS