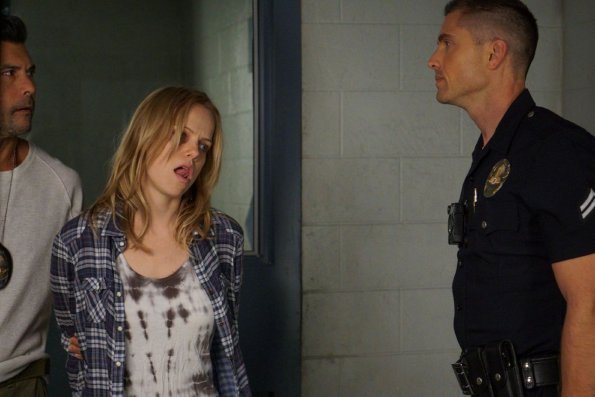 THE ROOKIE - "The Ride Along" - Sergeant Grey informs Officer Nolan and Officer Bishop that they are going to have a movie director as a ride-along during their patrol after a fun afternoon granting the wish of a Make-A-Wish kid as honorary police officer Kaydence Patton. Meanwhile, Officer Bradford is tested once again after he learns that his wife, Isabel, has been arrested for drug possession, on "The Rookie," TUESDAY, DEC. 4 (10:00-11:00 p.m. EST), on The ABC Television Network. (ABC/Richard Cartwright) DAVID DESANTOS, MIRCEA MONROE, ERIC WINTER