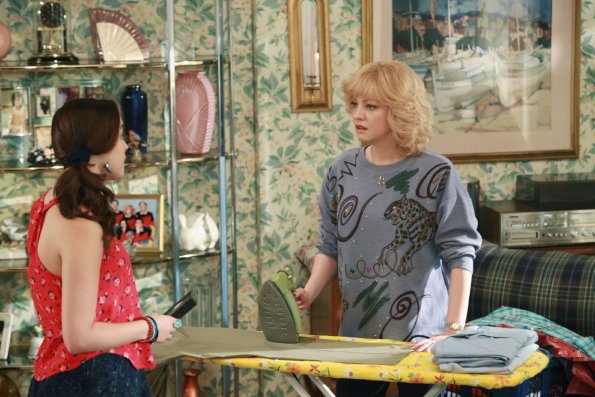 THE GOLDBERGS - "Jimmy 5 is Alive" - Murray attempts to help Adam transition into adulthood by building a robot, but their creative differences drive them apart, the opposite of what Murray was trying to achieve. Meanwhile, Barry makes a huge mistake when he accidentally tapes over Beverly's beloved video of his 5th birthday party, on "The Goldbergs," WEDNESDAY, OCTOBER 7 (8:30-9:00 p.m., ET) on the ABC Television Network. (ABC/Richard Cartwright) HAYLEY ORRANTIA, WENDI MCLENDON-COVEY