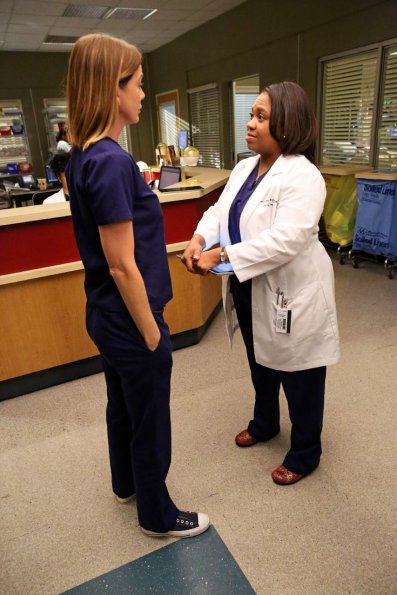 GREY'S ANATOMY - "Walking Tall" -- The pressure is on as a determined Bailey tackles her first day as Chief; meanwhile, April's marriage is in jeopardy and she finds herself unable to address her problems; Meredith struggles to juggle all her responsibilities and Amelia works to define her relationship with Owen, on "Grey's Anatomy," THURSDAY, OCTOBER 1 (8:00--9:00 p.m., ET) on the ABC Television Network. (Photo by Adam Taylor/ABC via Getty Images) ELLEN POMPEO, CHANDRA WILSON