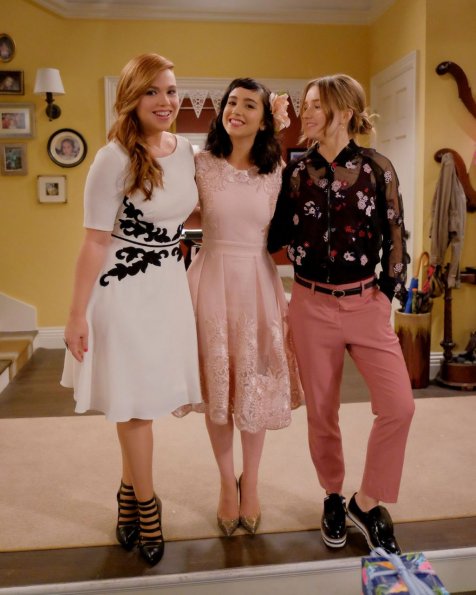 LAST MAN STANDING - "Gameday Forecast: Showers" - When a Jack and Jill wedding shower for Mandy and Kyle is announced, Mike is disappointed to learn it's on the same day as the big Broncos-Chargers game. In an effort to catch the game with Joe (Jay Leno) and the guys, Mike convinces the couple to hold separate showers. Ryan offers to host the men's festivities at his place, and to Mike's dismay, he's more into party planning than anyone would have thought. Meanwhile, Ed's convinced that sticking to his superstitious rituals is the only way to see to it that the Broncos pull out a big win, even if it means interfering with Mandy's wedding shower, on "Last Man Standing," FRIDAY, SEPTEMBER 30 (8:00-8:31 p.m. EDT), on the ABC Television Network. (ABC/Tony Rivetti) AMANDA FULLER, MOLLY EPHRAIM, KAITLYN DEVER