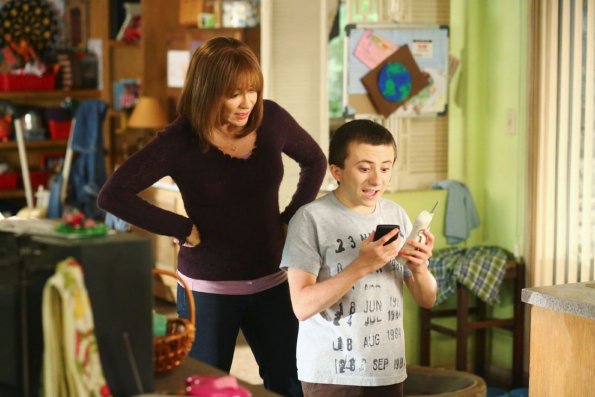 THE MIDDLE - "The Shirt" - Frankie is speechless when Mike -- whose entire wardrobe consists of long sleeved flannel shirts -- decides to wear a short sleeved Hawaiian shirt when they go out to dinner with some friends. Meanwhile, while Sue excitedly finds herself signing up for as many no-cut college clubs as she can, she accidentally tells Devin how much Axl loves her, which scares Devin and leads her to question their relationship; and Brick gets a little too ambitious while tackling his chore of cleaning the bathroom, on "The Middle," WEDNESDAY, OCTOBER 7 (8:00-8:30 p.m., ET) on the ABC Television Network. (ABC/Michael Ansell) PATRICIA HEATON, ATTICUS SHAFFER