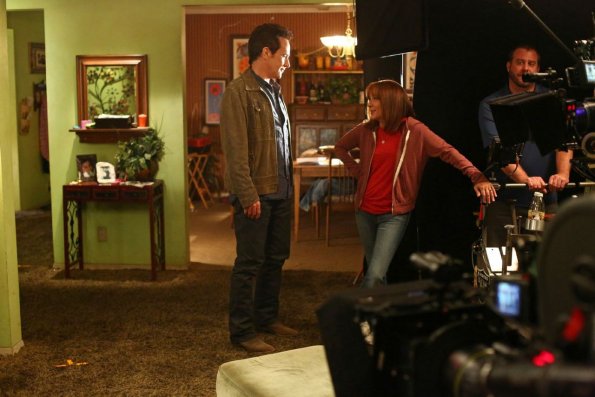 THE MIDDLE - "Land of the Lost" - Frankie becomes worried about Mike, who is being more quiet and distant than usual, and calls on Reverend TimTom to come over and try to find out what's troubling him. Meanwhile, Sue invites an excited Brick to spend a weekend with her at college, which includes a tour of the library. But when Sue bumps into Logan -- the hunky Abercrombie guy who had asked her out to prom -- and once again falls under his dreamy spell, she realizes that Brick is no longer with her and is now missing; and Axl and Hutch decide to take matters into their own hands by complaining to the city when their house is completely overrun with ants, and they discover that they may have even more problems than an insect infestation, on "The Middle," WEDNESDAY, OCTOBER 21 (8:00-8:30 p.m., ET) on the ABC Television Network. (ABC/Michael Ansell) PAUL HIPP, PATRICIA HEATON