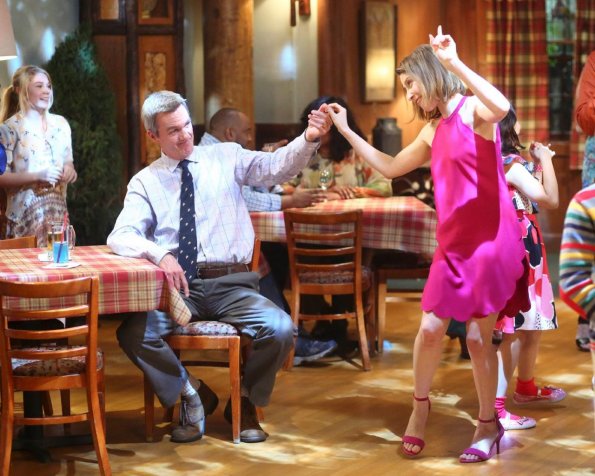 THE MIDDLE - "A Very Donahue Vacation" - After making some extra money from the diaper business, Mike surprises a rather unenthusiastic Heck family with a spring break vacation at Mammoth Cave, Kentucky. In the hopes of livening up what is perceived to be a lame vacation, Frankie suggests that the Donahues join them. While Mike visits all of the attractions on his own, Nancy asks a not-so-thrilled Frankie to speak with Sean to try and talk him into taking his MCATs; Axl enlists Brick to help him pick up women by playing "Jerk/No Jerk" - with Brick in the role of the "Jerk"; and Mike is anything but excited when an exuberant Sue reveals some news to him about her upcoming summer plans, on "The Middle," WEDNESDAY, MARCH 23 (8:00-8:30 p.m. EDT) on the ABC Television Network. (ABC/Michael Ansell) NEIL FLYNN, EDEN SHER